I’ve been back in Falköping about a week since wrapping up my two-month contract at JG Communication in Stockholm.

It was an absolute whirlwind eight weeks.

My parents visited for the holidays. 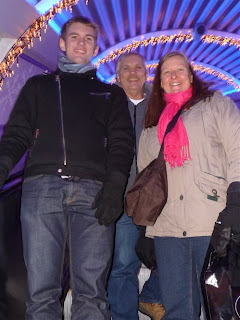 A week later, my brother got his first taste of Sweden (and several other European countries). 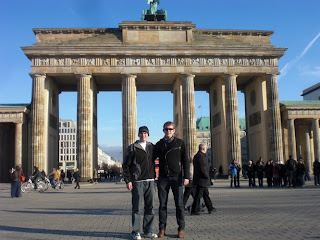 Juggling their visits and maintaining a longish-distance relationship while learning about the complex field of telecommunications on the fly was a challenge, but I wouldn’t trade the experience for anything. I’m very lucky to be continuing my work with JG on a freelance basis.

It’s really nice to be home again after 8,000 SEK ($1,250 USD) of train travel between Falköping and Stockholm, at least every weekend and some weeks even more frequently. 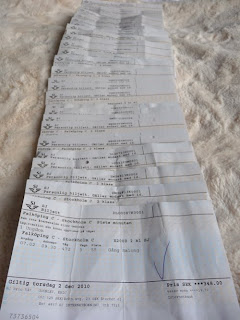 The trip can be as short as 2 hours, 20 minutes or as long as 3 hours, 42 minutes, depending on the speed/type of train.

There are exactly 341 kilometers of rail between Falköping and Stockholm, which is about 212 miles. To put my commute in perspective for a Californian, the following drives are each between 210 and 220 miles: Reno to San Francisco on I-80, Eureka to Santa Rosa on US-101 and Sacramento to Visalia (45 minutes southeast of Fresno) and Fresno to Los Angeles, both on CA-99.

The cycle quickly became quite routine, though. 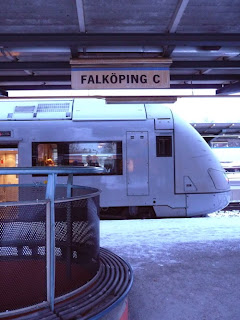 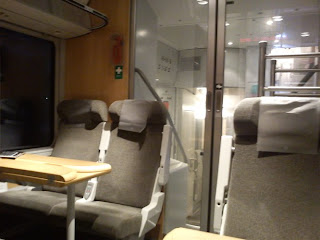 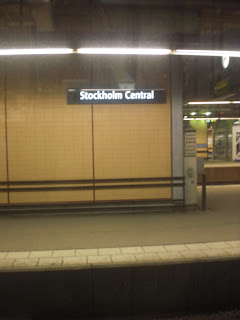 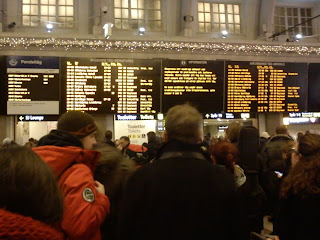 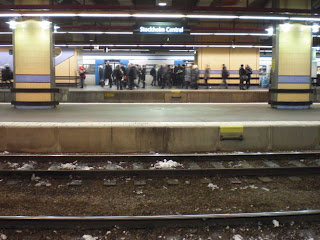 It’s not feasible to travel that distance daily, but I was fortunate enough to be able to spend weeknights in Stockholm, one of the toughest places to find rental living in the entire world, while spending the other three in Falköping.

I rented a room from Amanda’s aunt during the weeks and I owe Annika and Amanda’s awesome cousins Tind and William a huge thanks for putting up with me. I couldn’t have accepted my first job in Sweden without them, and although the flexibility of freelancing from home for a while will be nice, I’m looking forward to what the future holds for me here on the employment front.
Posted by Eric Gourley at 8:49 AM