People used to call me crazy when they learned I drove 50 miles each way to work in Fairfield, three or four days a week, during my first two years at Sacramento State.

Even my 60-mile roundtrip to Auburn the last few years shocked many of my friends.

Both commutes pale in comparison to the daily grind I started this morning.

For the next year, I’m going to attempt to travel more than 400 miles daily, five days a week. 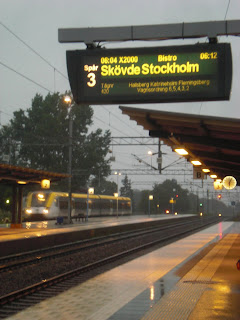 There are exactly 341 kilometers of rail between Falköping and Stockholm, which is about 212 miles. To put my commute in perspective for a Californian, the following drives are each between 210 and 220 miles:

It’s almost like commuting from New York City to Washington, D.C. (227 miles) or Toronto to Detroit (232 miles). And back. Every day.

The trip can be as short as 2 hours, 20 minutes each way depending on train type/speed and number of stops, but the average ride will be almost three hours each way. Most people wouldn’t wish that on their worst enemy.

Granted, there’s a huge difference between traveling 200 miles by train and making some of those aforementioned comparable drives in a car. They really shouldn’t be compared. This guy is the only one I could find who commutes a similar distance on roads. But six hours a day on a train is still borderline insane.

Fortunately, mobile broadband is booming in Sweden so I’ll have internet at all times. With a computer and web access, there are far fewer things I can’t do that I would do anywhere else.

My MacBook Pro and 3 stick are going to be my best friends. 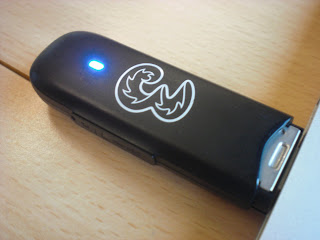