When we left Sweden to celebrate Amanda’s 22nd birthday in Italy last November, there were no signs of winter.

We departed Italy a few days later into perfect skies. 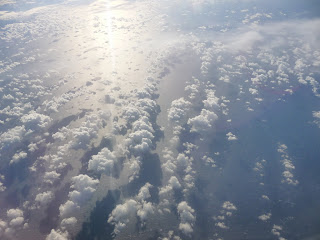 When we landed in Gothenburg — one year ago today — 30 centimeters of snow had fallen. 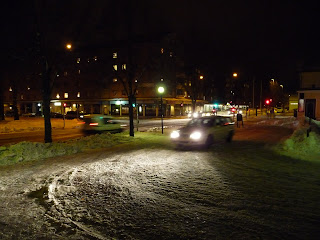 A year later, it’s only barely cold enough for snow and the precipitation is nowhere to be found. Meteorologists say there hasn’t been this little snow in Sweden at this time in more than 100 years.

There’s a thin layer of snow on the ground in northwestern Sweden, but not nearly enough to open any of the famed ski resorts I’m looking forward to experiencing in the coming months.

Two months ago, the same meteorologists promised the third straight winter with below-normal temperatures. Admittedly, they did forecast a mild fall with temperatures dipping quickly by the time winter officially arrives on December 21.

Maybe I've been spoiled. My first two winters here have been the two coldest, snowiest since World War II. Still, I hope things turn around just as suddenly this November as they did last year.
Posted by Eric Gourley at 6:09 PM