I’m starting to feel like I got jipped on the college experience. I should have earned my B.A. in Sweden.

Amanda started her first semester Tuesday and I tagged along for a couple days. At state school in California, your first day of class is devoted to perusing the syllabus and the professor answers questions about the course. There may even be a homework assignment due later in the week.

Jönköping University, on the other hand, holds a two-week “kickoff” party featuring school-sanctioned events like athletic challenges, scavenger hunts and other games throughout the city. 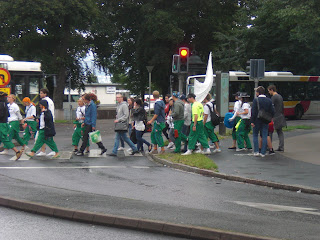 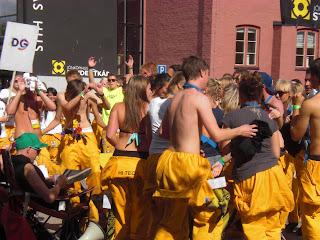 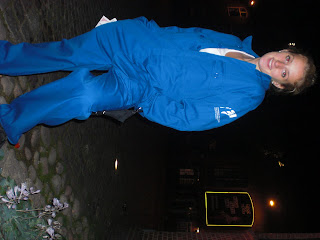 The students generally wear the outfits from the waist down. They spend the first week decorating them with patches and other fabric to give them personality. Amanda found the “pants pimping” to be a great activity to bond with her classmates. 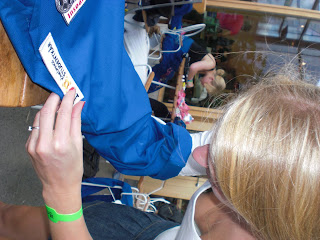 I rushed Lambda Chi Alpha at Sacramento State and while it was far from the "true Greek experience" in many ways and for many reasons, Jönköping University really treats its four schools like fraternities.

Amanda’s communications class was divided into groups themed after movies ranging from Harry Potter and Lord of the Rings to Star Wars and Grease. Her James Bond classmates ended up drinking at the apartment of three of the group’s leaders not 12 hours into the semester. I can’t really imagine meeting my classmates in a Mendocino Hall lecture room on the first day of school and having every single one of them over to my place for beers that night. 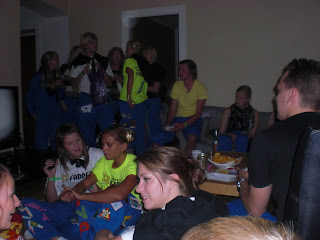 And of course, the video game of choice was hockey. This is Sweden, after all. 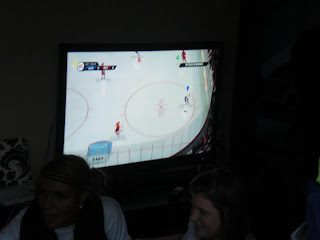 Later in the week, the “Blue Crew” held a beer pong event at Akademien, a lakefront nightclub operated by students only for students of Jönköping University. 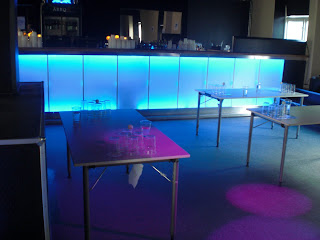 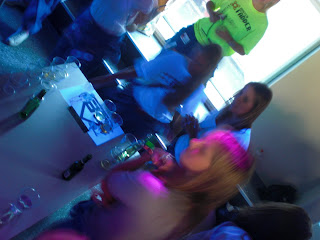 While I probably won’t be able to get into the club after kickoff activities conclude next week and a student I.D. becomes required, one of Amanda’s new girlfriends hooked me up with a wristband that will grant me access for another week. 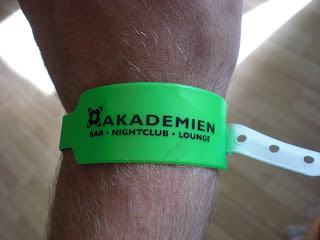 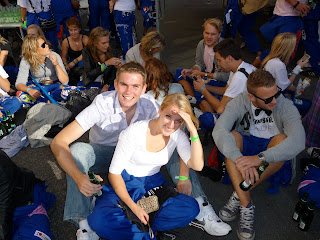 The nightclub is obviously very popular with the university’s international students.

The back of the club overlooks Vättern. 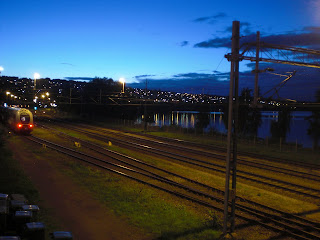 It’s only a few hundred meters from the train station. 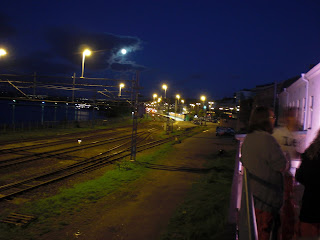 A couple thousand students from all four schools at the university descended upon Akademien that night, where a DJ played Sister Sledge’s “We Are Family” and other bad American disco on the main floor. 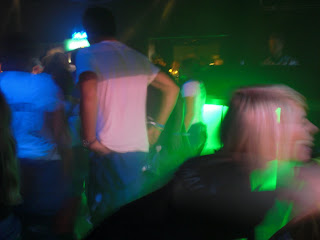 The back patio was busy, too. 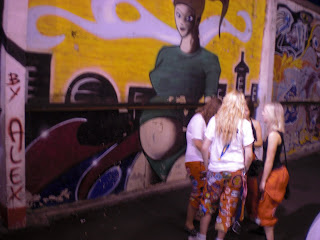 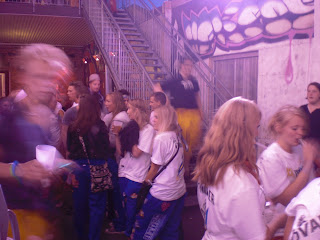 The front patio was even more crowded. 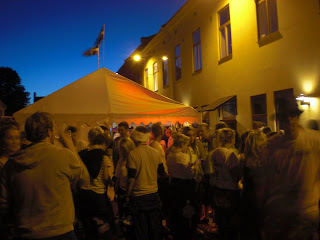 I expected a student-only nightclub that excludes so many partiers to be a lame experience but we had a lot of fun. Akademien was filled well beyond capacity on a weeknight. It made me wonder, what’s Swedish for “fire marshal?”