If there’s one thing about weather native Swedes learn at an early age, it’s how quickly fall can become winter. 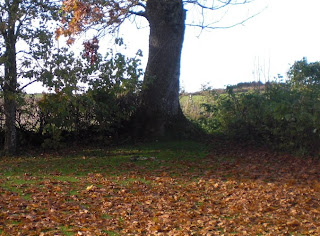 Here’s the exact same part of the yard last night — one week later — when we received our first notable snowfall. 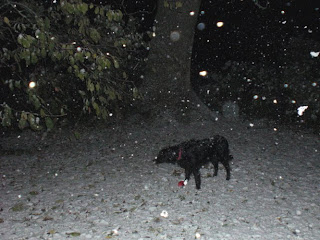 We had a dusting one night last weekend and I thought this early afternoon video I shot would be the extent of Thursday’s snow.

I was wrong, and it definitely won’t be the last time I underestimate the Swedish weather. As I finished doing the dishes around 9 p.m., I saw this out the window. 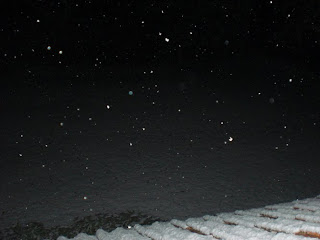 The snow gradually intensified and was still coming down at midnight. By morning, we had a nice blanket of about five centimeters (two inches). Not much, but pretty impressive for mid-October and only 228 meters (750 feet) above sea level. 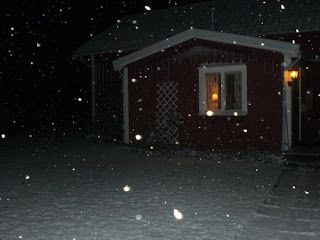 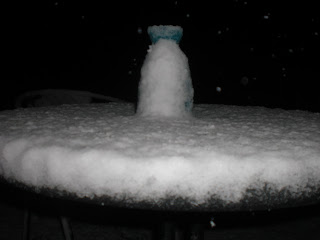 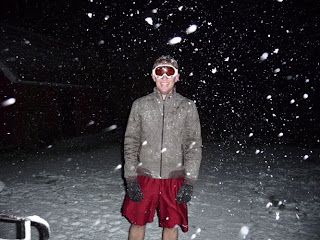 Most of it had melted by midday today, and temperatures are expected to rise the next few nights while this precipitation hovers over the country. 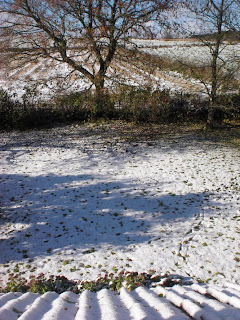 But I know the snow and cold temperatures will soon return, and maybe even surpass the record-setting winter in Sweden last winter. Polish scientists are predicting Europe’s coldest winter in 1,000 years. I’m juiced, even if 99.99 percent of the people here dread the thought.
Posted by Eric Gourley at 7:38 AM