Four weeks down and this ridiculous commute is getting easier every day. I guess that’s the great thing about routines.

The earth’s circumference is about 24,900 miles at the equator (a little less around the poles) so I will circumnavigate the globe by train every 11-and-a-half weeks. I can’t even begin to process that right now.

Anyway, since the daily distance comparisons I made in my first commute blog aren’t so reasonable because they follow interstate highways and many of those U.S. routes don’t even have train service, I think I finally found a comparison that will put this grind in better perspective.

Since I commute around 2,120 miles every week, in my first four weeks I’ve covered almost the same distance on rails as the California Zephyr does from Reno to Chicago, back to Reno, back to Chicago, and back to Reno again. Two roundtrips. 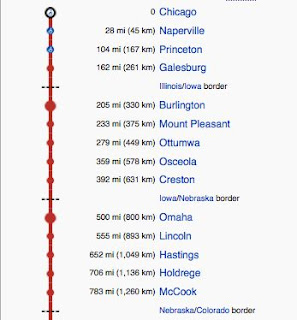 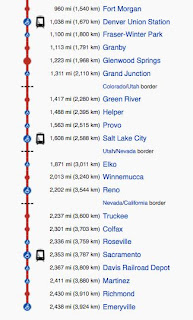 At least my Swedish train journeys are much faster than an Amtrak would take to cover the same distance.

Next time I blog, I’ll explain why.
Posted by Eric Gourley at 10:12 PM No comments:

Ikea furniture, Absolut Vodka, Volvo cars, H&M clothing — Sweden may be synonymous with many things, but clever television advertising isn’t one of them.

Amanda and I don’t watch much TV, but when we do we usually mute the commercials because they’re so boring.

Maybe I was just spoiled growing up in a country where corporations spend millions of dollars and countless hours on one 30-second spot for Super Bowl Sunday, but the ads just seem dull here.

There are exceptions, of course. Here are a few of my recent favorites.

I should preface this by explaining that ICA, one of the largest and most Swedish of the many supermarket chains here, is not making fun of Down syndrome.

The company launched a controversial ad campaign a few years back featuring Swedish actor Mats Melin as “Jerry.” According to one report, the ads were designed “to challenge prejudices about mental disability.” Different people think different things about the commercials, and it’s hard to say whether the ads have any effect on changing perceptions about those with mental disabilities.

This ad is a funny parody of Midsummer, traditional floral wreaths and all. Somehow, ICA commercials are consistently able to convey humor and the week’s sale prices at the same time.

Fast, stable and very, very great. That’s essentially the broadband from Com Hem, a triple play telecommunications provider that has featured redheads Judith and Judith in many of its recent commercials.

I think autotune is the greatest things to happen to music in my lifetime, so I was obviously already onboard when Com Hem jumped on the bandwagon. Amanda and many other people I know hate this commercial, but I enjoy it.

This commercial literally made me laugh so hard one night I cried. And that was probably the 40th or 50th time I had seen it.

Frank the Sheep originated with Tele2 Netherlands and spread to Sweden, Tele2’s original European market, because sheep is pronounced very similarly to “cheap” in Swedish.

Frank is pretty ignorant when it comes to Swedish. This ad gets me EVERY time.

And I’ll leave you with a classic for a popular Swedish beer that aired at least a few years back.

Posted by Eric Gourley at 11:02 PM No comments: