Over the years I’ve learned the secrets of successful grilling from two charcoal masters, my dad and Dan Squier. When Amanda’s family bought me a beautiful new gas grill for my 25th birthday, I was very appreciative but a bit apprehensive at the same time.

For different reasons — poor late-spring weather, a month back in the States and a long evening commute, among others — it took more than three months before I finally grilled with gas for the first time. 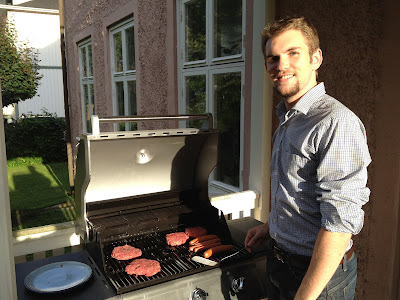 I’ve used it a few times since and I really like the push-button convenience and ability to use dials to control and maintain a desired temperature, but I miss the intense smells and flavors of charcoal grilling. I also think the latter experience is more hands-on, but on the other hand it’s much messier than gas.

There are other pros and cons for both barbecue methods and you can even throw electric grilling into the ring. I’ll probably never fully commit to one technique. Even though I have an awesome gas grill now I still think there’s a time and a place for charcoal every once in a while. You just can’t beat the smoky flavor. 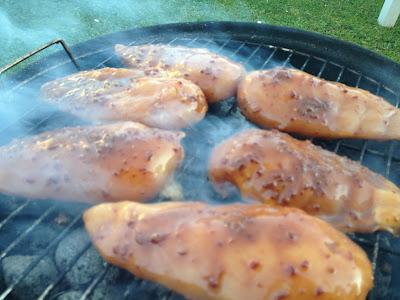