A Priceless Taste of the West Coast

In two-and-a-half years living in Sweden, I’ve been known to monstrously overspend from time to time for a taste of the West Coast. Historically that’s meant indulging in a special food or beer, and tonight it was the latter. 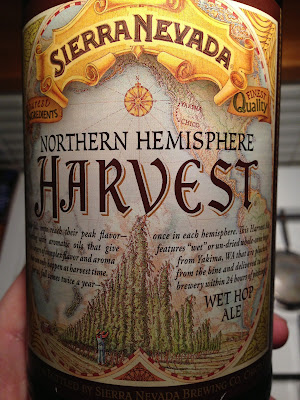 Systembolaget, the infamous government-run alcohol monopoly, released limited numbers of more than a dozen new beers today in its chain of stores across the country to start the month of February off right.

While the System regularly carries one or two Sierra Nevada varieties (the classic Pale Ale — quite possibly my favorite all-time beer — and sometimes a seasonal alongside it) today’s special releases included Sierra’s 2012 Northern Hemisphere Harvest Wet Hop Ale, brewed each fall with hops less than 24 hours off the vine.

I’ve only tasted it once in the States but that was enough to know it’s truly a treat for IPA-lovers like myself. 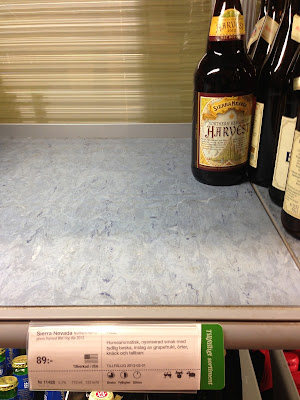 Thanks to an article this morning on beersweden.se, Sweden’s first digital beer magazine, I knew the System had only imported 5,000 bombers (22-ounce bottles, for you non-connoisseurs). Still, I was both surprised and disappointed to find only a lone ranger left on the shelf at Stockholm’s busiest booze store at 5 p.m. on the day of release.

If you don’t live in Sweden you probably didn’t bat an eye at that price, but it’s more than $14 at the current exchange. For one bomber. If I were anywhere near California right now, I could have picked up a 12-pack of the aforementioned Pale Ale for less.

Such are the frustrations of a beer-loving expat in Sweden. I’m going to enjoy every last drop, that’s for sure.
Posted by Eric Gourley at 10:11 AM No comments: