I use quotation marks because even though I’ve been back in the country almost three weeks since my last international trip, I’ve still spent less than 80 percent of those 800 days in Sweden. 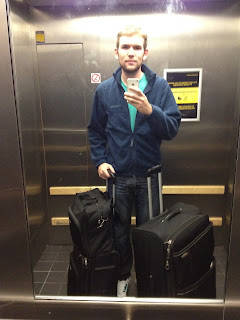 That’s right. I’ve been away from Sweden a little more than 1 of every 5 days since I’ve called it “home.” Between vacations to Scotland, Italy, Germany, Denmark, Norway, the Netherlands and Belgium, and SEVEN trips back to the U.S. in 26 months, I’ve spent 166 of those 800 outside of Sweden. That’s 20.75 percent, a pretty ridiculous number when you really think about it.

Granted there have been some extenuating circumstances, but how could I ever hope or expect to assimilate myself into a culture when I’m never here long enough to feel settled?

I do miss the States — the people, the food, the weather, the sports — quite often, and despite how often I’ve been back to visit in these first two-plus years it never feels like I have time to see everyone or do everything. Still, I’m starting to recognize I’ll be doing myself a disservice if I keep this pace up. 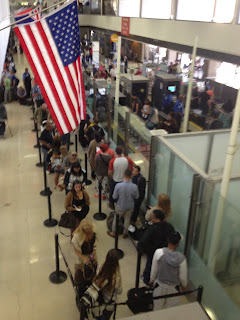 Not that I probably could, anyway. Even though some of that travel has been made possible by Sweden’s very generous paid vacation benefits, much of it also occurred while I was underemployed (and even unemployed for a time).

Now that I’m continuing to establish myself professionally with a great company in an exciting industry, and even though my job has brought and will bring more opportunities for travel, I won’t have that kind of time to vacation on the other side of the world anymore.

Not to mention the fact that if Sweden truly is my current “home” — for whatever period of time I choose it to be that, since I’ve been granted permanent residency this week — I shouldn’t want to be away so often, anyway, right?
Posted by Eric Gourley at 1:16 PM