I’ll admit it. I was a little worried my first taste of Ryanair earlier this week would be, as one web site devoted to the airline’s demise puts it, disgusting.

With all the negative publicity and Internet buzz (sites like www.ihateryanair.co.uk love to spread horror stories and are primarily responsible for perpetuating the airline’s awful image), it’s hard not to be nervous. One roundtrip in the books, though, and I’m instantly singing Ryanair’s praises. At least for now. 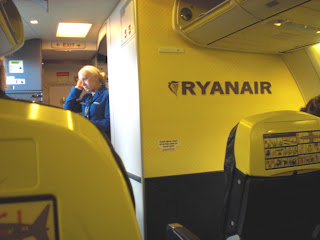 Ryanair is well known as a “low-cost” and “no frills” airline.

“Low-cost” means insanely low, like as cheap as $16 USD for a roundtrip flight from one of their 153 European destinations to another if booked smart and booked in advance. If booked last minute and the fare includes taxes and online check-in fees, plus an administration fee of around $20 USD, it might still be only half that of the next cheapest competitor’s fare.

“No frills” means, among other things I noticed: no free food or beverage service (even water is exorbitantly expensive), non-reclining (but still leather) seats, no seat-back pockets, life jackets stowed overhead rather than under the seat, one toilet rather than the three found on most other comparable aircraft, no connecting flights and no compensation for missing a flight. Ryanair also requires passengers to print their own boarding passes and bring them to the airport, and they charge $50 USD to issue a ticket if you don’t abide. Their fees for checked baggage and other charges are well documented on their web site. 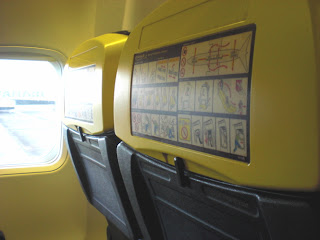 Ryanair saves a lot of money thanks in part to a remarkable target turnaround time of 25 minutes and by demanding next-to-nothing charges to utilize each airport. This often means flying into secondary and regional airports that aren’t even really in the city they’re named. For example, I flew from Gothenburg City (not Landvetter, the main airport) and it was about a 30-minute bus from the city’s central train station. The flight landed at Glasgow-Prestwick, which is actually in the town of Prestwick, a 45-minute train from Glasgow. The most extreme example I’ve heard is Paris-Beauvais, more than 80 kilometers from the better-known Charles de Gaulle in the French capital.

CEO Michael O’Leary is always coming up with another crazy idea to cut even more costs and offer customers even lower fares. He’s talked about redesigning aircraft to rip out rows of seats and replace them with standing room for a higher volume of passengers. He’s also mentioned charging to use the toilet. I’m cool with that. I’ve got a big bladder and I like a challenge.

Many call O’Leary crazy, but he’s obviously doing something right. Ryanair became Europe’s first airline to carry more than 7 million passengers in one month earlier this summer. The airline has turned net profits 9 or the last 10 years despite the airline industry’s massive losses since the turn of the millennium.

To successfully save thousands of dollars flying Ryanair over a period of time, though, you’ve got to memorize the airline’s sometimes-crazy rules and follow them to a “T.” Otherwise, it could cost a lot. You’ve got to factor in train and bus costs at both ends and add them on to your airfare to make sure it’s still an unbelievably good deal. Carry-on baggage dimensions are smaller than most other airlines by several centimeters, they’re limited to 10 kilograms and they are weighed at the gate. 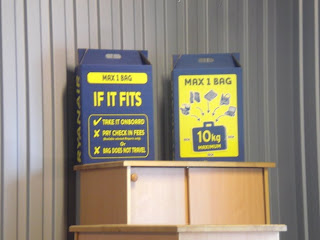 They don’t mess around. I’ve read stories about people who were charged for being 100 grams overweight who didn’t have time to remove something and were forced to check the bag for $40 USD. Wear heavy jackets onto the plane, roll t-shirts in your carry-on and pack some of these to save a little more weight: 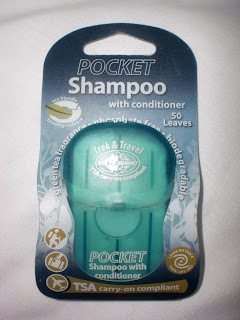 If you’re traveling for more than four or five days, you may have to pony up the $40 each way to check a bag. Also, business people would be better served paying for a more expensive flight with a “frills” airline that flies to main airports, to avoid the extra train/bus travel time, etc.

Ryanair is a company you either love or hate, run by a man Europeans either love or hate. I don’t think there could possibly be an in-between. It’s definitely not for everybody. If you’ve too proud to accept being treated like cattle in exchange for a fare so cheap you’d think your Internet browser was lying to you, don’t fly with Ryanair, but if you can resist the urge to pay $9.50 USD for an in-flight beer and ignore the incessant pitches for smokeless cigarettes and scratch lottery tickets, Ryanair is far and away the cheapest and most effective way to get from point A to point B in Europe. The 737 fleet they fly is far nicer than the terrible Airbus used by many major carriers, the flight attendants are no less polite than any I’ve had with other airlines and Ryanair boasts a pretty respectable on-time record in this jingle as the plane is taxiing to the gate.

I’ll be sure to blog again if/when Ryanair lets me down.
Posted by Eric Gourley at 4:37 PM