We’re finally enjoying a much-needed mellow night at home, basically the first since I arrived in Sweden a few weeks ago.

Last Saturday was a big one for the town of Falköping. What used to be a huge downtown dress-up party featuring school bands and the works the last weekend in August for 20-some years is now an even more massive carnival on a farm outside town.

Wrågårdskalaset attracted 1,500 revelers this year, according to a story in the local paper the next day. As far as I understand, there’s no real point to the celebration. A bunch of young people get dressed up in costumes a couple months before Halloween and get drunk outside while the weather is still warm enough. 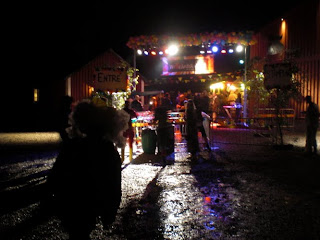 The city could no longer afford the costs associated with closing down the streets and providing security and other staffing for the event, so it shifted to the farm a few years ago. The landowner had decided he didn’t want to make it in the fields anymore so he renovated his barns and converted them to meeting, banquet and party facilities.

Buses included in the ticket price ran from the train station in town, which was convenient since Amanda’s sister’s apartment is only a few hundred meters away. 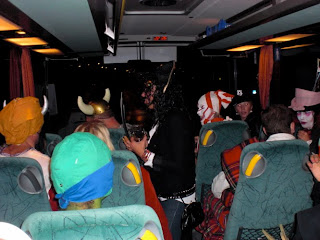 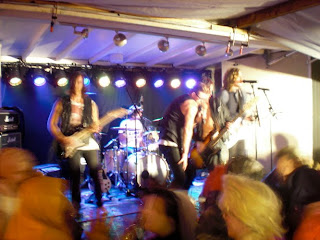 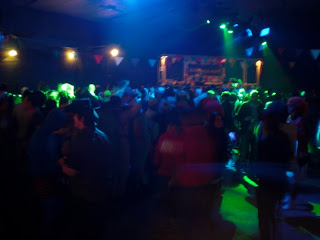 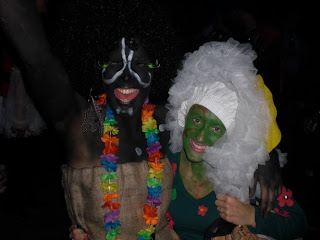 After two weeks of seemingly nonstop partying, I had a few productive days this week, too. I updated my resume, modified it until it fit the mold of a curriculum vitae and sent it off to a couple of advertised job openings.

I’m preparing a few cold-call cover letters for some English teaching opportunities that I hope to send out in the next several days.

I’ve also downloaded the media credential application for the London 2012 Olympics and will soon be submitting that. Only 691 days to go and I already can’t wait.
Posted by Eric Gourley at 5:11 PM