I honestly can’t believe I’ve already lived here half a year. Some days, when the culture shock is still intense, it feels like I landed last week.

You try to mentally prepare yourself for the culture shock in the weeks before the move. Amanda’s agency had their au pairs read multiple articles about it when she moved to California a few years ago, and I consulted a few sources myself this week in an attempt to ascertain which “phase” I’m in.

One grows accustomed to the new culture and develops routines. One knows what to expect in most situations and the host country no longer feels all that new. One becomes concerned with basic living again, and things become more "normal". One starts to develop problem-solving skills for dealing with the culture, and begins to accept the culture ways with a positive attitude. The culture begins to make sense, and negative reactions and responses to the culture are reduced.

I couldn’t write a more accurate paragraph to describe my feelings right now.

I’m starting to embrace routines I used to scoff at.

Like fika, a coffee break that is so much more than grabbing a cup of caffeine. Workplaces literally grind to a screeching halt for 30 minutes in the morning and again in the afternoon for this experience, which usually includes sweet baked goods.

Like taking a number at every bank, pharmacy and jeweler instead of standing in an organized line. 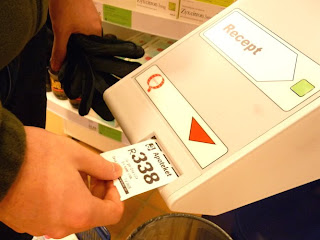 Like taking your shoes off every time you enter a residence, not to mention the absence of carpeted rooms in said homes. Hardwood floors are the norm.

Like visiting Systembolaget for alcohol on Friday evenings. Even watching “Let’s Dance” (Sweden’s version of “Dancing with the Stars”) on Friday nights with the rest of the TV-glued country. 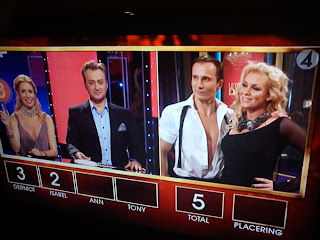 I have a more positive attitude about other cultural difference I’ve had to adapt to and lifestyle changes I’ve made in the last few months, too.

My wardrobe is full of tighter-fitting clothes than I ever wore in the States.

I don’t get all worked up about shitty service in restaurants and stores because I recognize those employees have no incentive to help me, since they receive no gratuities or commission. 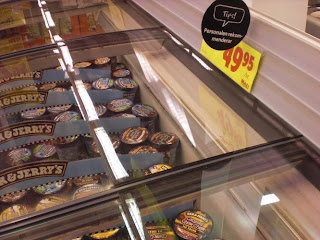 Gas isn’t going to get any cheaper if I curse about paying the equivalent of $8 per gallon, you know? 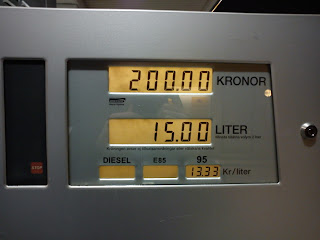 I’ve also learned to stop trying to say hello to people in passing, and to not let that bother me anymore. A vacationer might call Swedes cold for this, but I’ve learned better. They’re just reserved, and offering a friendly greeting to a stranger on the street is plain weird here.

It’s little things like those and I’m still getting used to new things all the time.

There’s still a lot of frustration about the language. I was set to start my fifth week of a government-funded Swedish program for immigrants when I got the offer to work these last two months in Stockholm, which ultimately derailed my language studies.

My comprehension has improved so much that Amanda often speaks Swedish to me at home, but I answer in English. I still can’t roll an ‘R’ to save my life, one of the reasons I gave up on Spanish in my sixth year of classes and a continuing problem here. There may be a lot of similarities between Swedish and English, but there are plenty of differences, too.

As I continue to freelance articles from home, I’m going to try the self-study method and see how quickly my Swedish improves. I have several resources, including texts from the Government-funded course and a local library. 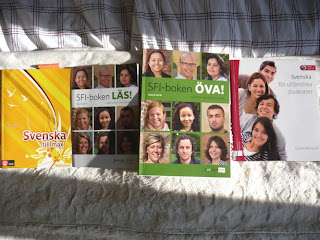 While I no longer feel like a fish out of water every day, I still have moments. Sweden is an easy place to get comfortable, and I’ve come a long way in six months. I have a long way to go, and I’m so thankful for the family and friends we have here to help me through each challenge. It’s the best support system an expatriate could ask for.

I fly back to California next week for the first time since I moved. I probably haven’t lived away from the Golden State long enough to experience much reverse culture shock, but who knows what will surprise me when I go back?
Posted by Eric Gourley at 8:21 AM