I never realized how spoiled I was in Sacramento, a short 90-minute drive from major Tahoe resorts.

I mean, California snow is garbage compared to the “cold smoke” I rode on in Montana, but that’s not a fair comparison. Most Swedes don’t even believe I snowboarded in a state that movies portray as looking entirely like a beach. Point being, I was lucky I got to ride as often as I did during those five winters.

I’ve only hit the slopes twice in one-and-a-half winters in a country that movies portray as looking predominantly like the North Pole. How ironic is that?

Thing is, it has to be cold for snow. In California that means going to high elevations. In Sweden, we have our northern latitude to thank for low temperatures, even at low elevations.

The highest point, Kebnekaise in the far north, has a peak of 2,111 meters (a little under 7,000 feet). And there’s not even any commercial skiing around there. Several Tahoe resorts have a higher elevation than that — at their base.

We live in southern Sweden and most of the big resorts are many hours north. We’re fortunate to have a tiny mountain in our town (average elevation of just 230 meters, 750 feet). Most of the neighboring cities have nothing. 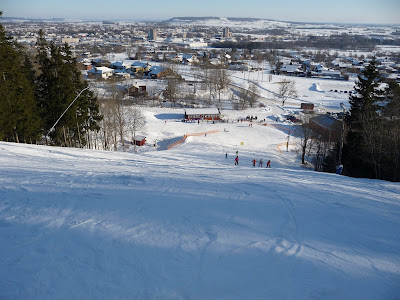 Falköping Alpin only has two runs I can really use, “Slalombacken” and ”Mittlöpan,” the longer of which is a very short 400 meters (a quarter-mile). 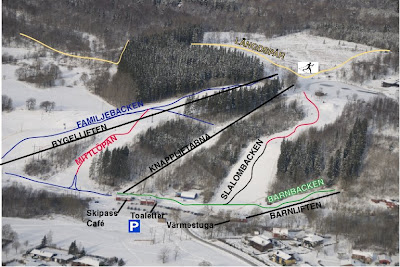 I had Slalombacken mostly to myself on Sunday after a decent storm Saturday night. 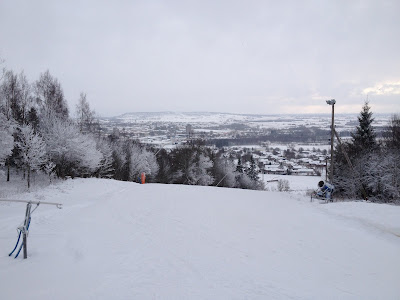 Here's a view looking up Slalombacken I shot on a bluebird day last winter. 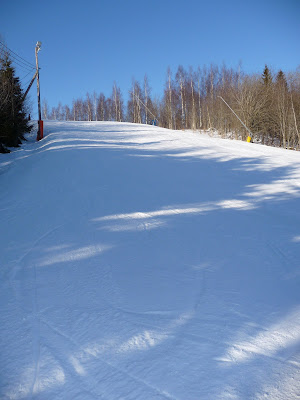 To the far right is Mittlöpan on the same day, with a few medium kickers. 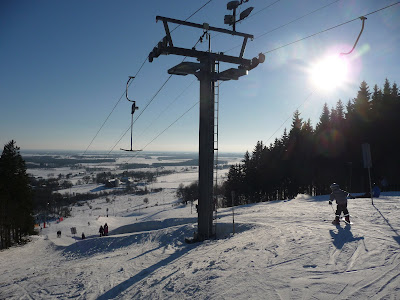 It's rather underwhelming and gets old fast, but beggars can’t be choosers and considering that I can walk there from our apartment in less than 20 minutes and a lift pass runs a little more than $20 USD, I can’t complain too much.

Sure, there are only rope tows, since chairlifts aren’t feasible for such short distances. 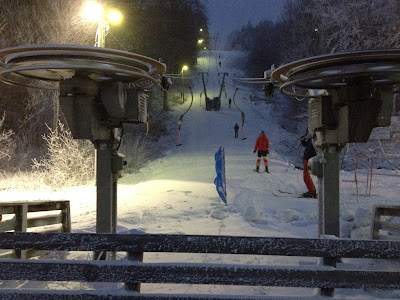 And it takes about 30 seconds to speed down the steepest run, but it’s something. And I don’t have to take an overnight train to get some action.

Though I do plan to make a trek to the north in the near future to experience the famed Åre resort pictures below. 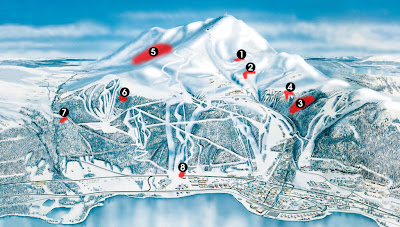