There’s a crucial aspect of Sweden’s geography that I’m starting to realize very few people back in the States grasp.

Although, considering that on visits back more than two old acquaintances have asked, “How’s Switzerland?” maybe I’m expecting too much? I digress.

Sweden has extremely high northern latitude. Our town, which is in the southern third of the country, is virtually the same latitude as Juneau, Alaska.

Why does it matter? Well, aside from the obvious climate effects of 15 percent of your country actually lying north of the Arctic Circle, it means the solstices are very pronounced.

During the summer, we enjoy long days with early sunrises and sunlight into the late evening. That comes with the tradeoff of dark days in the winter months, of course.

And after the summer solstice in late June, that shift from light to dark happens more quickly than you might imagine. While commuting to Stockholm every day during the late summer and early fall, I snapped a quick photo from the platform every Thursday morning at 6 a.m. from August 18 through September 29. These photos show the week-by-week progression towards darkness over seven weeks: 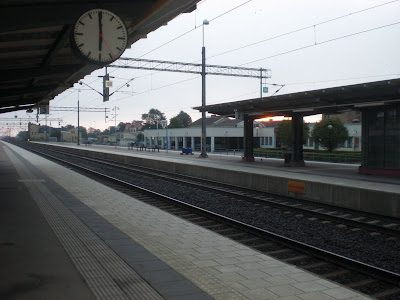 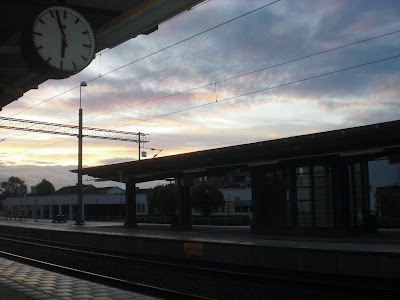 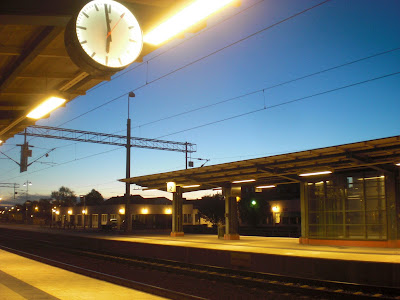 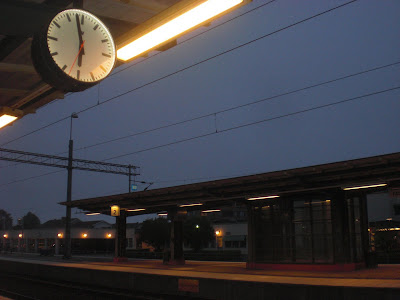 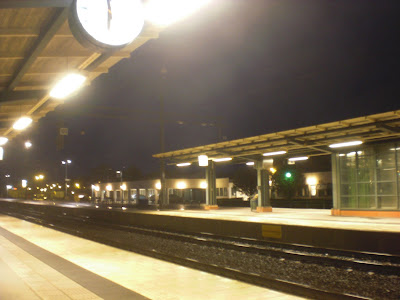 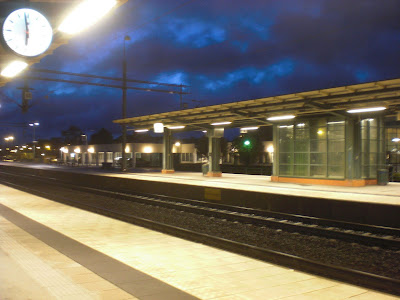 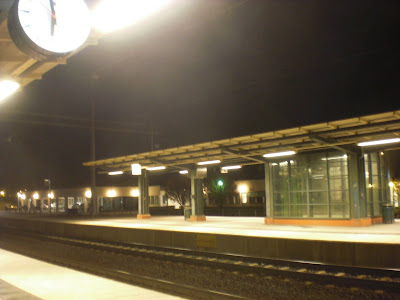 And the days have been much darker than that the last couple of months leading up to the winter solstice this Thursday — the shortest, darkest day of the year. The good news is there will only be more and more light each day from here on out until Midsummer.

I guess I should just be thankful we don’t live further north, where polar twilight or polar night engulf parts of the largest Nordic countries for much of the winter. Some towns will be lucky to have a few hours of twilight reflecting off the snow during the worst four weeks of the year from early December to early January.

The sun won’t even rise Thursday in Kiruna, Sweden’s northernmost city, but apparently they have to put something on the weather websites, anyway. 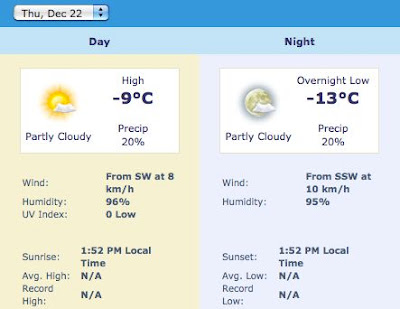 So when you think the days feel short in the U.S. in late December, just remember that they could always be shorter.
Posted by Eric Gourley at 5:07 PM