My last same-day commute from Falköping to Stockholm and back is finally in the books. It truly feels unreal.

When I take the train back up to Stockholm on Monday morning, I’ll spend the night there. Not in a hotel room. Not at someone else’s apartment. At my own place. 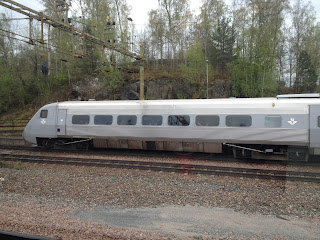 I’ve covered 682 kilometers (424 miles) of rail virtually every weekday for the better part of 14 months. That’s close to six hours a day on trains.

During that time, I’ve circumnavigated the globe THREE TIMES. As I’ll now have the opportunity to start reflecting on what I’ve done, that statistic alone is incomprehensible.

I say I’ve spent close to six hours a day on trains but in reality my actual daily commute during this year-plus, to each of three different offices with two companies, has always been longer than six. For the last half-year, this has been the routine:

I set alarms for 5:03, 5:11 and 5:25 every weekday morning. I’m a sound sleeper and I usually haven’t gone to bed until 1 a.m. or later, anyway, so I always ignore the first alarm. If I don’t hear the second one, though, I’m in trouble. Not only will I not have time for breakfast, I’ll only have about 20 minutes to shower, get dressed and do anything else I need to do to get out the door.

The train leaves Falköping Central at 6:03 a.m. and our apartment is 1.1 kilometers (.8 miles) away. I’ve never missed a train on a morning that I made it out the door but I’ve come pretty close. If I leave home at 5:45-5:47 I have no problem as long as I take long strides, but if it’s 5:48-5:50 I’m in various states of trouble and won’t make it without some short stretches of jogging. 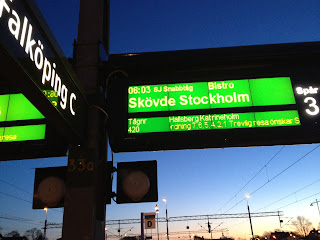 Unless it’s winter, the train is probably on time and as long as there are no signal failures along the way it’s a relatively quick trip of 2 hours, 32 minutes — an average of 135 kilometers (84 miles) per hour including four stops along the way.

When I get to Stockholm I’ve got a short walk to the subway, where I return to the rails for three quick stops. Then it’s about a five-minute walk from that station to my office. If everything has been on time, it’s 8:55. Depending on what time I left home, that’s 3:05-3:10, one-way.

I’ve been very fortunate that, for a town as small as Falköping is, we have arguably the best train service in the entire country. The only two direct trains to Stockholm each day are 6:03 and 7:05 a.m., and there have been plenty of times I missed the first one in favor of an extra hour in bed and was still able to be in the office by 10 a.m. 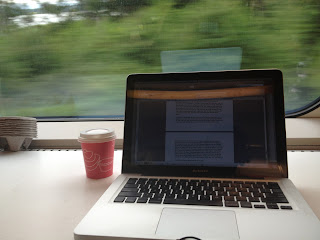 I’ve been even more fortunate to have incredibly understanding employers who have routinely let me do my last 60-90 minutes to finish my 7.5-hour workday from the only direct train back to Falköping.

It leaves Stockholm Central at 4:36 every afternoon, so I’ve had to leave the office by 4:15. If it’s on time it gets back to Falköping at 7:04 p.m. I’m usually pretty tired by then so I walk a bit slower on the way home than I do on the way to the station in the morning. I’m usually in the door right around 7:20, so that’s also 3:05 to get home. 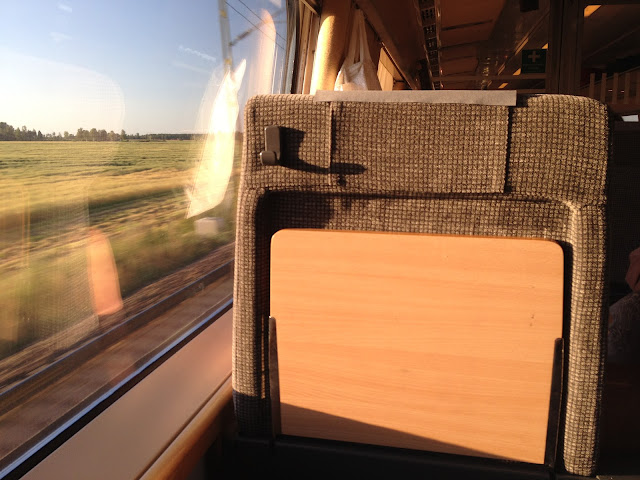